The final speech – at least for this year

Written by Tabea Schwinn on 17 December 2019. Posted in News

This year’s last “attending event” for droxit were the IT-Tage in Frankfurt on the Main. The conference took place from December 9th to 12th 2019 and was organized by Informatik Aktuell. At the end of the year, CEO Oxana Lapteva and daughter Lena participated in the four-day conference. Oxana gave a speech on her work as data scientist and the requirements of using microservices as an architectural style. We look back on educational days.

The Frankfurt IT-Tage form a thematically broad conference. 10 different topic tracks were offered on current development issues ranged from Agility to Security. The diversity of the program enabled individual and informative participation. droxIT CEO Oxana was invited as a speaker and attended various talks – always with her: daughter Lena. Whereas the droxIT team is used to that, others might be surprised. Children and conferences - does that fit? Yes, it does, especially at IT-Tage. In the sense of early education, Lena was the focus and icebreaker for nice conversations, particularly with impressed fathers. This created a relaxed atmosphere and a positive start..

Data flows instead of data stores

Before talking onstage herself, Oxana took time for keynotes and talks on machine learning and microservices to learn more about the practice and frameworks used by others. Unanimous consensus: dynamics instead of statics. For example, data warehouses do not ensure prospective data analysis. Data streaming is the way to go. Nearly real-time data handling or network transfer allows fast and efficient communication. 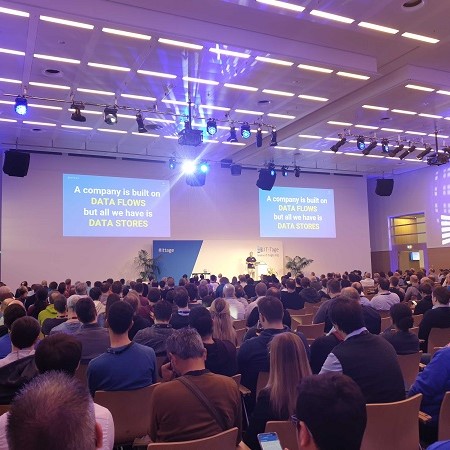 Apart from technological challenges, agility was a highly discussed topic. Konstantin Diener's talk stood out of the mass. As CTO of cosee, he spoke about teamwork, workflow and conflict management. With subtle and humorous comparisons, he gave tips on retrospectives in agile operations. He recommended new working methods should not be implemented without frequent reflection. Measurability is important in order to constantly monitor its effectivity. Diener established the formula trial + measurement = experiment. 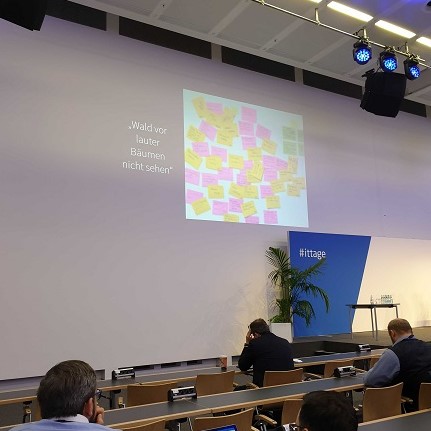 On Thursday Oxana gave her speech on Data Science and Microservices - Architectural decisions on the way to fast and flexible data analytics. As experienced data scientist, she talked about the requirements on using microservices architecture in comparison to monolithic systems. According to Oxana, microservices provide better scalability and maintainability. Because of their fast deployment, they are also well suited for creating flexible analysis pipelines. Above all, one can offer ready-made services as a software toolkit. Critical voices were mainly on the customers side. They were biased due to the difficult services maintenance. According to Oxana, however, this problem can be solved with a suitable support offer to the customer. 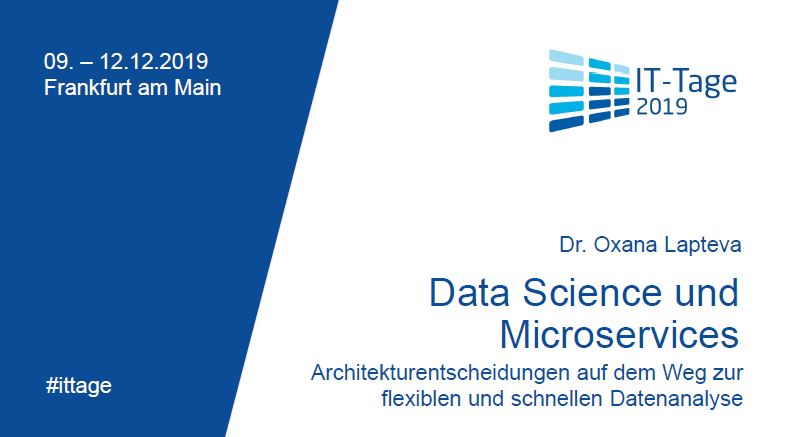 An eventful year coming to an end

In retrospect of 2019: droxiIT was part of great events! We hosted a hackathon at the J on the Beach conference in Marbella, attended Madkon19 or recently the ODSC in London, spoke at OpenRheinMain, Frankfurter Entwicklertage or most recently at IT-Tagen. The constant exchange enriched our daily routines on many levels. We are sure, there will be numerous keynote discussions in the halls of droxIT next year.